Qatar’s ever-growing infrastructure and construction sector continues to experience unprecedented growth as 2018 saw the government deliver on its plans to spend more than 47% of its national budget on major projects. According to the International Monetary Fund, Qatar is currently witnessing a GDP growth rate of 3.4% – the highest forecast growth in the entire GCC region.

Transportation and infrastructure are key sectors, with a wide range of major projects currently underway as Qatar continues to scale up its investments to deliver the Qatar National Vison 2030, alongside increasing anticipation of the 2022 FIFA World Cup.

To meet the needs of its construction boom, as well as both a growing economy and population, Qatar has spent huge sums on expanding and upgrading its economic and social infrastructure.

Film-making in Qatar: Our First Steps

We’ve been making films in Qatar since 2005, when we were first commissioned to produce a number of promotional films and TVCs for Qatar’s growing Oil & Gas sector. This was quickly followed by films for Qatar Foundation’s visionary new Education City.

Following a flurry of awards, our reputation quickly spread. We were soon invited to produce a host of big-screen inauguration films to mark the official opening of a number of newly-constructed infrastructure projects, including the likes of Pearl GTL, Al-Shaqab, Georgetown, Carnegie Mellon, Northwestern, and the iconic Qatar Science and Technology Park (QSTP).

All were landmark developments, and our work helped bring them to the attention of the watching world, showcasing Qatar’s embryonic vision for a diversified, knowledge-based economy, and a sustainable future away from oil and gas.

These films celebrated the architectural design, scale, visionary thinking, and aesthetic beauty of the finished new structures – and were viewed and enjoyed on the big screen at special inauguration events in front of The Father Emir and 1000+ VIP-invited guests.

As Qatar National Vision 2030 and the 2022 FIFA World Cup draw ever closer, we’ve seen a discernible shift in the type and style of films that are now being required by the major construction companies – ultimately at the bequest of Qatar’s government.

Qatar is clearly booming, with many of the world’s most ambitiously-conceived infrastructure projects being given the green light to commence mega-construction – many of them often with project-build periods of 3-5 years. 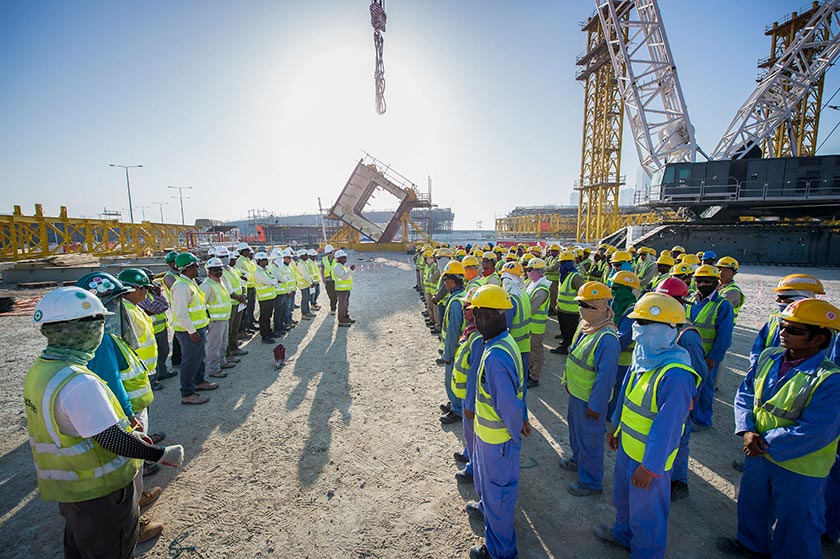 The vision for Qatar is no longer just a dream – it’s becoming a reality. Soon there’ll be a whole new network of arterial roads, 6-lane expressways, and underground metro, in conjunction with the brand new airport, hospital, port, and museums. Furthermore, FIFA 2022 World Cup football stadia, sustainable housing, hotels, schools, cultural centres, parks, and shopping malls are all underway – the list goes on. 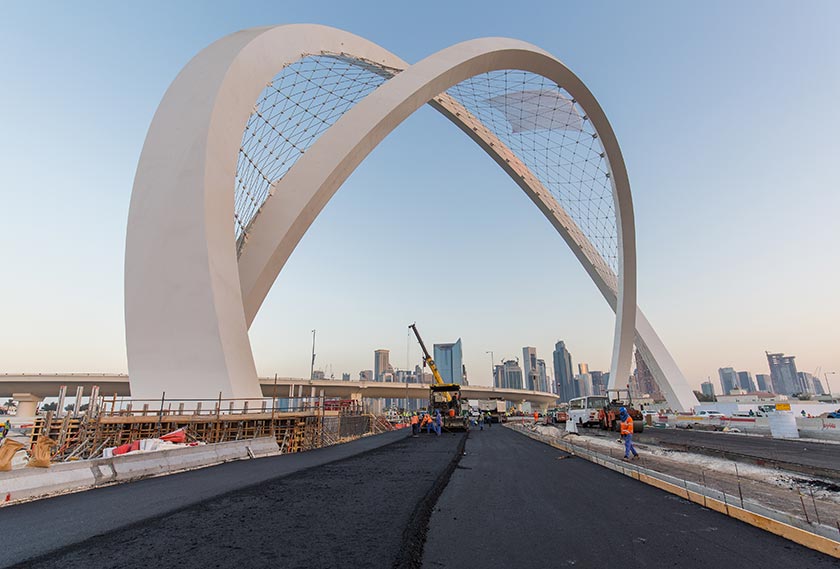 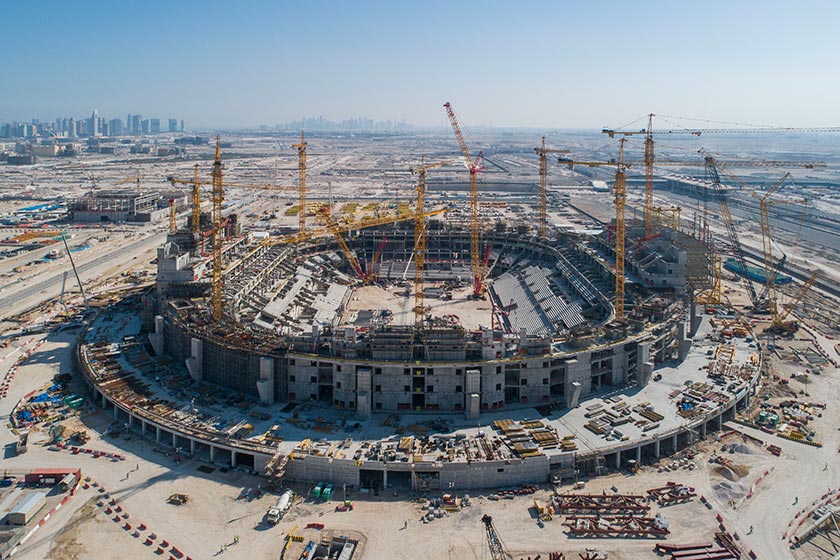 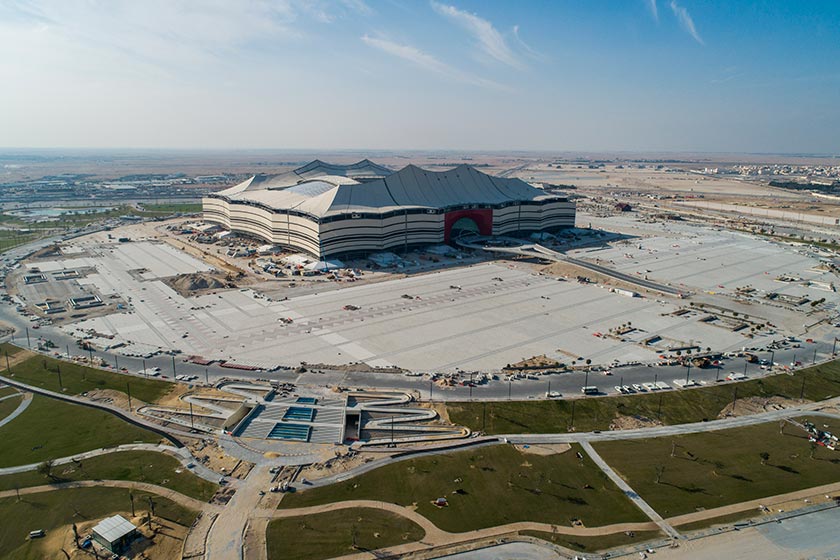 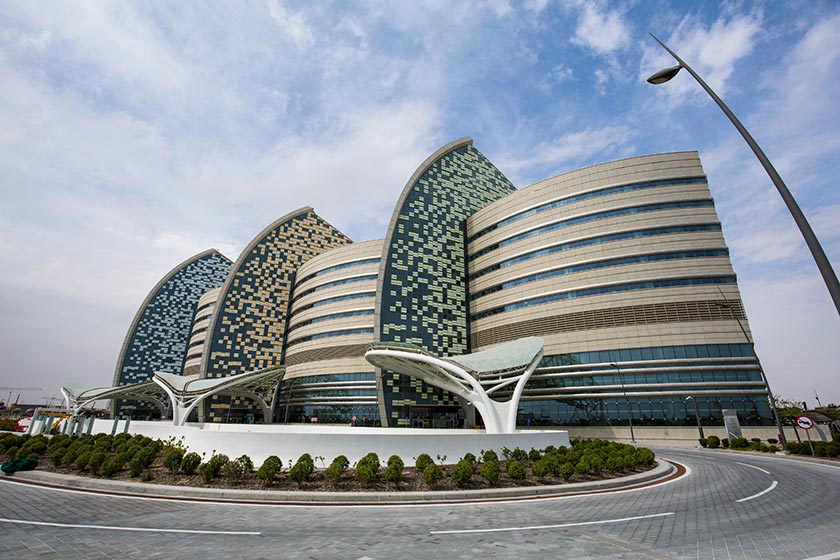 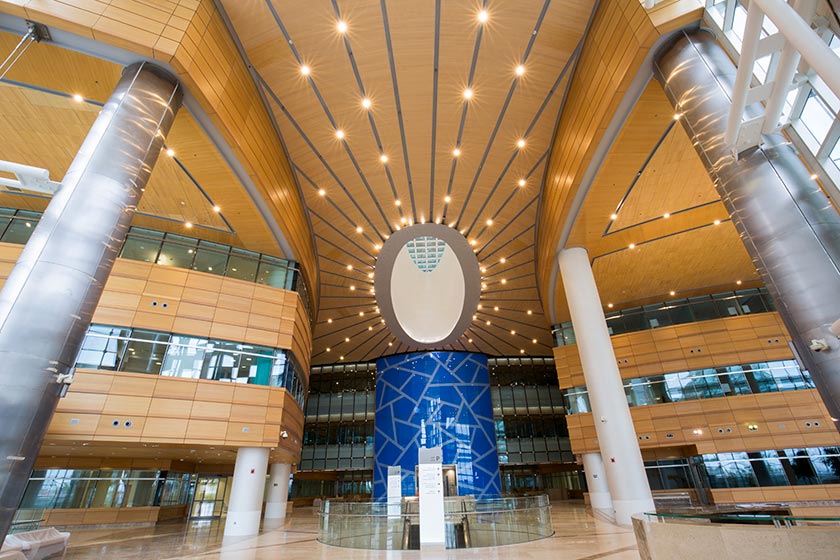 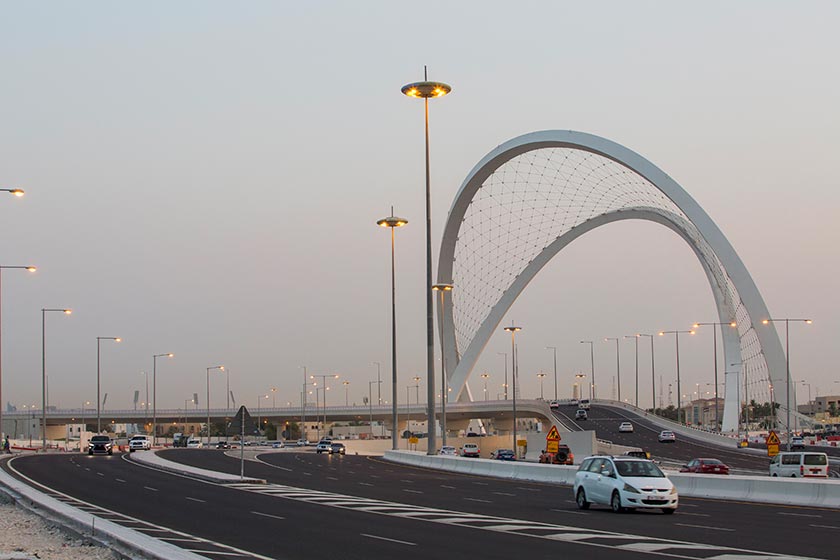 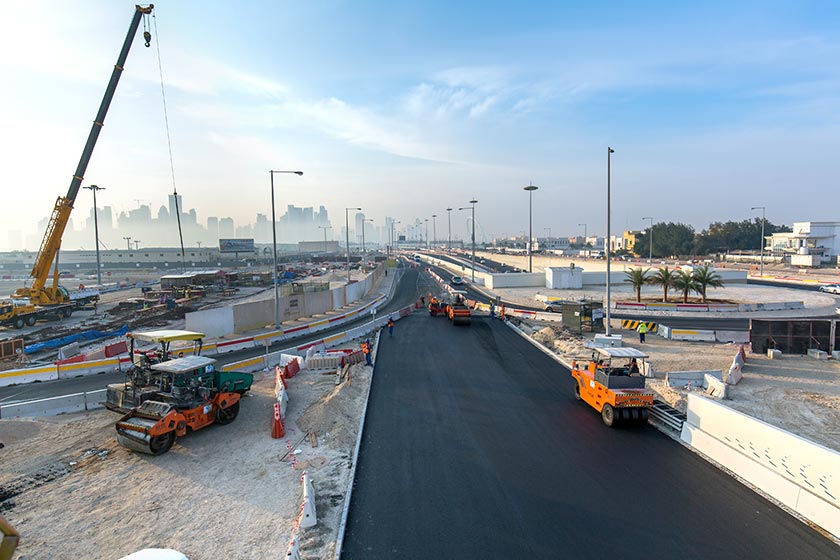 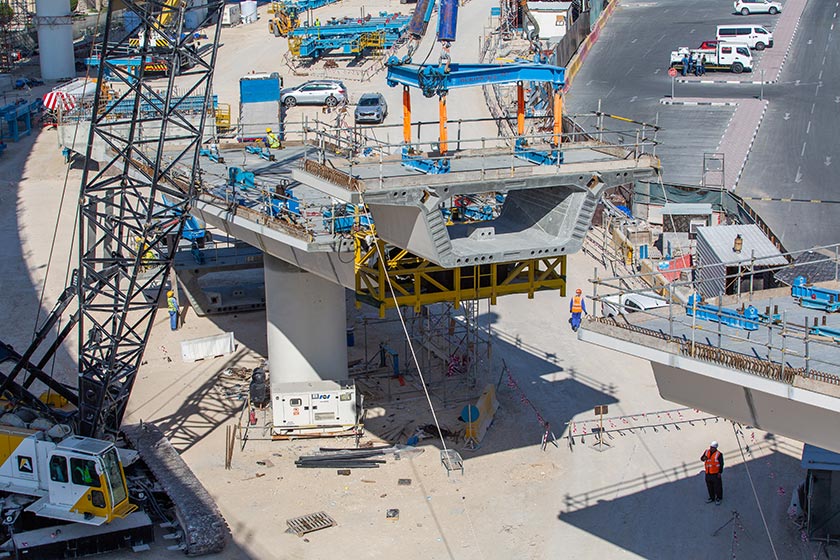 As a nation, Qatar is physically re-constructing itself on an unprecedented scale: it’s quite simply history in the making. 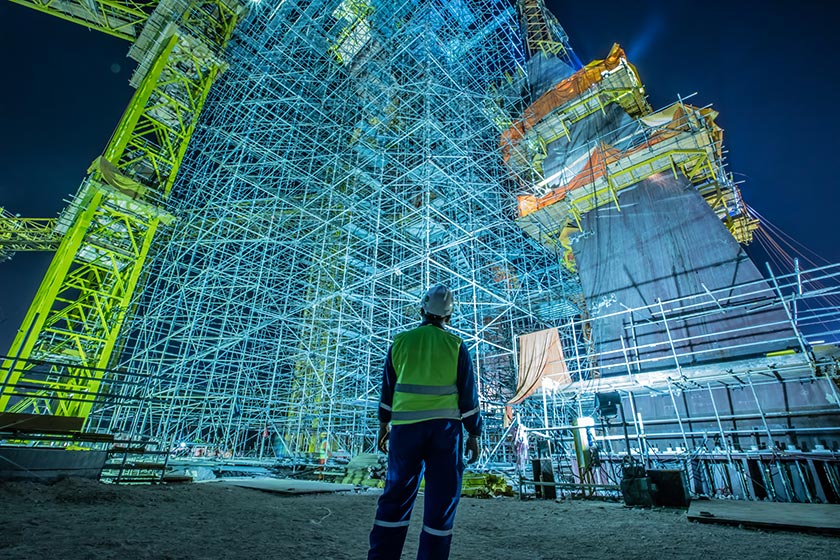 But with history comes the need to capture it for posterity. Gathering premium-quality film material that shows the lifespan of the construction journey in great detail has become paramount, often so it can be turned into feature-film documentaries, promotional films, TVCs, and social media – all charting the physical transformation of a country with a vision for a new type of tomorrow.

A short documentary film we made about the opening of the Lusail Expressway:

Almost every new large-scale construction project in Qatar is now filmed throughout the entire build process, with a multitude of time-lapse cameras (mounted on towers, cranes, and adjacent buildings) capturing the emergence of new structures from every conceivable angle. Once edited together, these massive construction projects appear to grow out of the earth at rapid speed, claiming their place in Doha’s changing urban landscape.

A 1-minute time-lapse film of the Arches

State-of-the-art time-lapse cameras constantly stream real-time images day and night, capturing the progress of every type of construction project during its build, recorded at any number of pre-determined intervals per minute.

When this time-lapse coverage is brought together with conventional filming and site visits, a veritable cocktail of visual imagery presents itself – providing an unprecedented opportunity to tell every nuance of the day-to-day story of any one of these mega-construction projects, often across a span of 3-5 years in the making.

But it’s the emergence of drones that has really revolutionised construction filming.

Once all the authority permissions have finally been secured and safety procedures adhered to, the rapid advancement of 4K drone photography and flight navigation skills means that film coverage of newly-emerging expressways, railways, and infrastructure developments are now captured in a way that could only be dreamt about just a few years ago.

In the past, one had to charter a Cineflex-mounted helicopter, or make do with a giant jib arm to get amazing elevated shots of rooflines, towers, or an atrium reveal. Today, drones can capture progress on construction sites with ease in truly cinematic fashion. They transform once-mundane, on-the-ground films of highway construction, tunnelling, and excavating into an art-form – creating a far more engaging experience for audiences.

No longer are construction films in Qatar simply required for large-scale inauguration events to celebrate the finished structure. Monthly documentation of a very high cinematic level now captures every nuance of the journey – from architectural vision to finished splendour.

NOTE: We currently work with a number of major construction clients in Qatar including Ashghal (Public Works Authority), Astad, CCC, Hyundai, and Tekfen.