DNA OF AN AWARD WINNING FILM

This month we’re exploring what goes into making an award-winning film.

Sextortion (Cyber-enabled Blackmail) was made in 2016 and won us TWO Gold awards at the Cannes Corporate Media awards, a Gold at New York Festivals and a further two silver EVCOM awards. The film has been used by news outlets and government sites throughout the UK to explain what cyber-enabled blackmail is, and has racked up 66,000+ views on YouTube.

Our client – The National Crime Agency works to protect the British public against organised crime and ‘prevent harm before it happens’. We produced this film to prevent cyber-crime through the blackmail of sexually explicit images…

‘because it was targeting a specific demographic, it had to be radical, and it had to be different. If it was too safe or felt like it was coming from the police it wasn’t going to work’

Executive Producer Pete Stevenson says that “because it was targeting a specific demographic, it had to be radical, and it had to be different. If it was too safe or felt like it was coming from the police it wasn’t going to work. So the NCA challenged us to come up with something designed for the audience.”  Workshopping ideas with the NCA, and choosing a producer who was extensively involved throughout the process, gave them confidence we were making something exciting.

The Edge saw the potential for this to be an award-winning film due to the thought-provoking topic and dedicated creative team behind it. In order for the film to be effective, the format needed to work in the same context that the crime takes place – online. The distribution strategy took advantage of the film’s style, presenting it in a similar way to the real interactions with blackmailers. This focused on making it look like a pop-up ad on gaming and video sites – catching people out by drawing them into the fantasy and then revealing the true message. 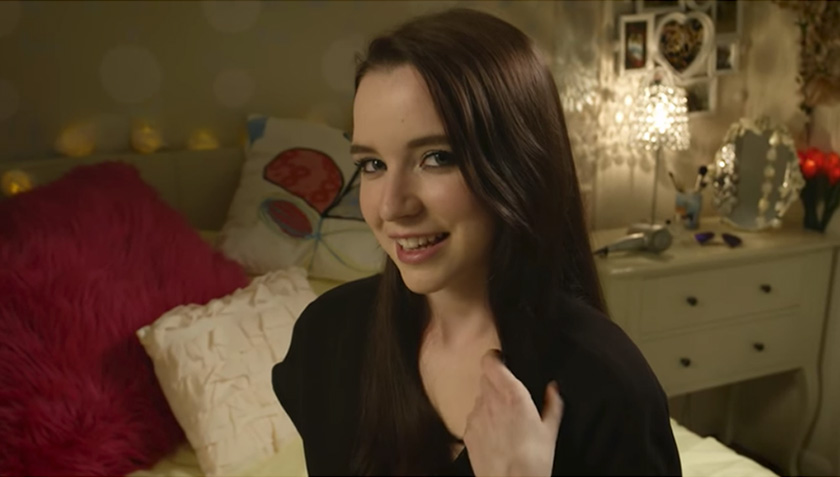 Casting the film’s lead required finding someone who looked the part, but was also able to show all the subtleties of the film’s message. We had to make it clear that the actress was not underage and that her character was also a victim of this crime, as part of the system, so as not to undermine other topics being tackled by the NCA. The collaboration between Bethany Billy (Jess) and the director Toby Meakins brought out a great performance that was able to relate all the work that had gone on to prepare for the shoot day. The film needed to look credible, so the team looked at real footage used by blackmailers to recreate the intimate setting.

From a reaction video made by the NCA you can see that young guys watching it quickly related to it – friend requests from strangers, pop-up ads and suggestive messages on sites, cam-performers and behaviour on dating apps. One guy, in particular, noted that he would keep watching because he was ‘intrigued’. The comments after watching the film show how much can be done by opening up the conversation.

For the film’s audience, the message shows that anyone can be a victim of this crime, and that you should be wary of who you share explicit images with online. Within the National Crime Agency, and among other crime prevention units the project proved that film can be just as effective at raising awareness and preventing crime as traditional police work. The increased reporting of cyber-enabled blackmail shows the value in investing in these projects, and engaging with young people in new, interesting ways.

The film reinforced Pete’s belief in the Edge to be able to come up with, fight for, and then deliver films that are brave and challenge people’s perceptions.