November’s Spotlight On… series has landed and we’re welcoming our Creative Director and Scriptwriter, Nick Canner to the interview room.

Welcome Nick – thanks for taking the time out to talk to us.

You’ve been at The Edge for a long time now. As one of the senior figures, how has the company changed over the years into what it is today?

I joined The Edge in 2005. In those days we were in an office above Pineapple Dance Studios. There were around 35 of us at the time. Since then we’ve doubled in size, moved offices and opened The Edge over in Qatar. So you could say things are a little different now. The big challenge is to keep a small company culture at the same time as growing, so we put a lot of energy into that.

It’s my job to push and promote creativity across the business. I’m head of a small creative team and we generate the ideas for our projects, sometimes working with writers and directors. That means interpreting a brief to work out what the client’s real problem is, and then coming up with a creative solution to solve that problem.

The best part of my job is collaboration – bouncing ideas off of different people to come up with something interesting and unique.

Where did your passion for films stem from?

During the summer holidays my brother and I would stay with my grandparents during the day. They happened to live opposite a cinema…

Can you think of a film that really inspired you to make a piece for The Edge?

A few years ago I became fascinated by phonotropes. Circular structures that animate when rotating them at a certain speed (usually on a record player – hence phonotrope). Here’s a nice blog about them.

I was given a tricky brief for The Integral Society, needing to condense 40 pages of complex philosophical theory into a 3 minute film. The phonotrope was the perfect solution, allowing me to represent abstract ideas in a beautiful and intriguing fashion. 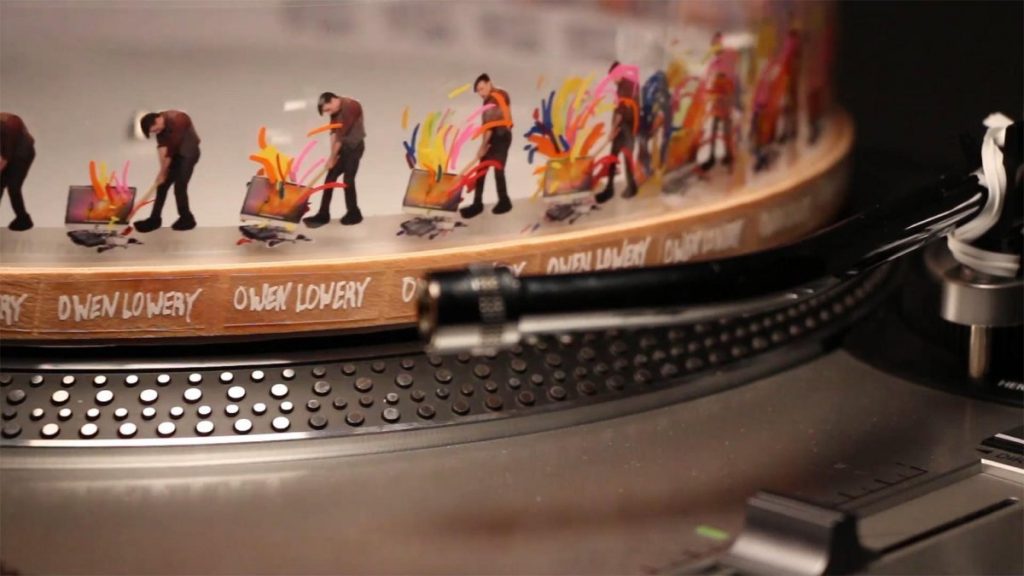 What would you say the highlight of your career has been so far?

Someone once told me I’d been an inspiration to them. You can’t ask for more than that.

What is the most difficult thing about writing a script?

The beginning, middle and end.

Tell us your greatest adventure whilst working in film production.

In the early 90s I drove a van full of camera kit from London to Southern Spain. We were filming in a 14th Century castle on the coast, with a narrow shingle entrance ramp about 300 feet above the sea. As I got to the top of the ramp, I stopped the van to assess whether or not it would make it through the gate. The shingle started to give way and the van began to tilt sideways towards the sea. Not good.

I slammed it into gear and shot through the entrance, scraping both sides of the van on the stone walls. My producer wasn’t too happy, but at least the van didn’t end up in the sea (with me in it).

Outside of film, what’s something you want to do in your life that you’ve never done before?

What’s the best advice you’ve ever been given?

I once interviewed the late, great Denis Norden and he said “at some point you have to dirty the page”. Sometimes it’s best just to start writing and see what happens, rather than worry too much about it. Whatever you come up with you’ll rewrite it several times anyway.

Becoming the Creative Director of a top film production company is what many younger people aspire to be. What advice would you give those starting out in the industry.

Make as many films as you can. With smartphones you have a cheap way of experimenting and testing out ideas. When you start out on a career, people are looking for passion and commitment over skill and technique.

Get as much experience as you can. Offer yourself up for work experience, or ask to observe a shoot/edit.

Immerse yourself in the medium. Read scripts, film-making books, watch movies and TV. Look at films/TV series/ads/short films you like and try to work out why you think they’re better than the ones you don’t.

And don’t give up. If you’re really determined, you’ll make it.